I know this because I have a timestamped text message that I sent to a friend. I intentionally don’t check Twitter in bed (it’s a mental safety mechanism) and I don’t have cable. No one had yet texted me anything about the Orlando situation, but around 5am is when a door was smashed down at the club and some people made a run for it. What’s weird about this for me is that I never wake up in the middle of the night. I don’t sleep much and when I go down, I stay down until I’m 100% ready to get up. Sunday morning I woke up, texted a friend, and went back to sleep. Why did I wake up? My dad always says people are more connected than we allow ourselves to acknowledge. Weird, right? (Full timeline of the shooting can be found here).

My stomach was wrecked all week.

After I started following the story on Twitter, my stomach promptly began to act up. I couldn’t place it so I initially assumed maybe I had eaten something bad on Saturday.

Then I got to work on Sunday and person after person told me they were experiencing the same thing. And then as I started texting friends about it, they were reporting the same thing. Was it possible that 12 people I know had all eaten something weird over the weekend? I guess. But I actually think it’s more likely that our bodies (these were mostly queer folks reporting this) were processing this situation in a very physical way.

My focus was non-existent.

Following live news stories is a sure way to achieve unfocusedness (all of the police shootings in the past while have taught me that lesson). So now when events like this happen, I usually allow myself some time to stay caught up on the news, but then I try to get work done. Usually what that means is I find myself a quiet room and turn off my internet (thanks, Jen Willsea, for those tips on focusing and minimizing distractions).

But every day last week, my standard strategy didn’t work. Even with no internet and no external distractions, I couldn’t get my mind to stay tuned to any single thing. I would start a task and then start thinking about something else. Or I would try to do something that required sustained thought/creativity and get nowhere.

And the more I talked to folks, the more I heard this same report. It was especially common from people in my friend circles who occupy “creative” roles (writers, artists), but definitely not exclusively.

My conclusion? My body had a very physical reaction to a mass murder of queer Latinx people in my home state. And the more I share about it, the more I hear that my experience (or at least parts of it) wasn’t uncommon.

What does all this have to do with our collective well-being and that single garment of destiny? To be honest, I’m not totally sure. I definitely know that a severely upset stomach and lack of focus (#firstworldproblems) don’t even come close to the experience of losing a child or friend forever. That said, I do know that that trauma like this is felt broadly and has very real implications on the well-being of our society as a whole. The implications go far beyond those who were directly physically, familially (is that a word?) affected. If we really are all connected and interrelated, it makes sense to me that (depending on our social distance from the trauma) we would feel a devastating event like this in a visceral way.

I don’t like to focus on myself, but I truly believe the only way to move forward collectively is for everyone to start with a keen awareness of themselves. So I’m curious to know if any of this resonates with anyone else. Did you feel any of these things? Other things? Nothing?

On a more positive note in the same key: just as I was about to hit publish on this story I saw an awesome piece of artwork from a high school friend and asked if I could use the photo for this post. He then proceeded to tell the following story (this is paraphrased from our Facebook conversation):

Hey. So I made this series of paintings as a healing process after the horrible news. 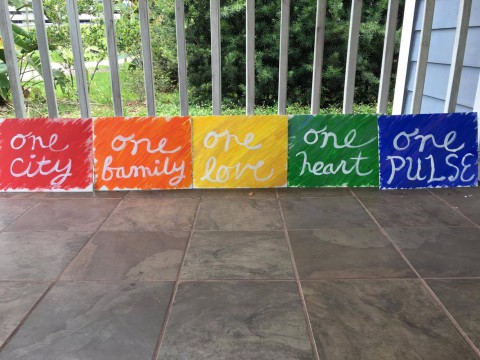 After I posted it, it went viral, so I decided to double down in my art installation that I made at the vigil. 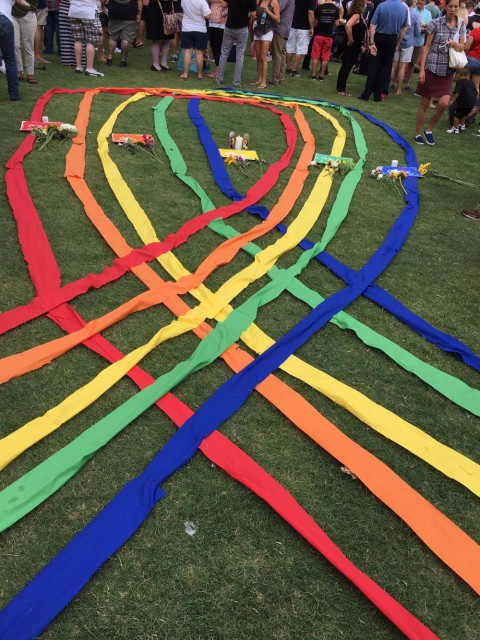 Ever since, people have been making their own thing, getting tattoos, making shirts, etc. It’s been quite the humbling ride. 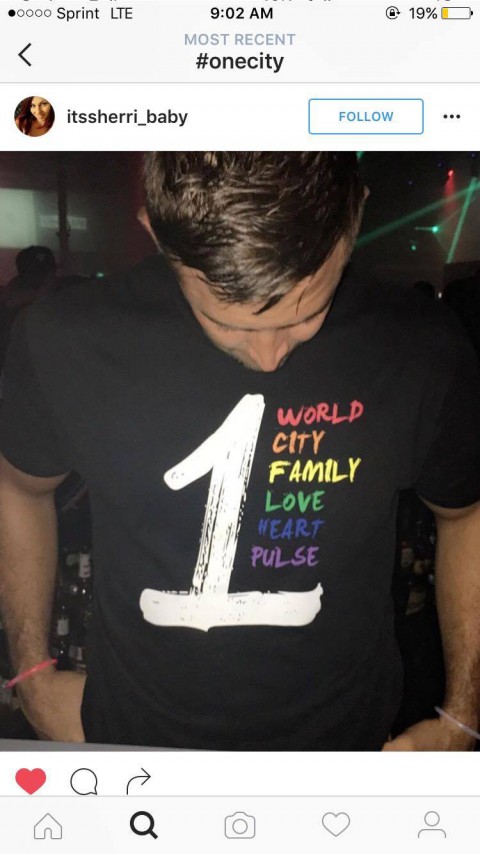 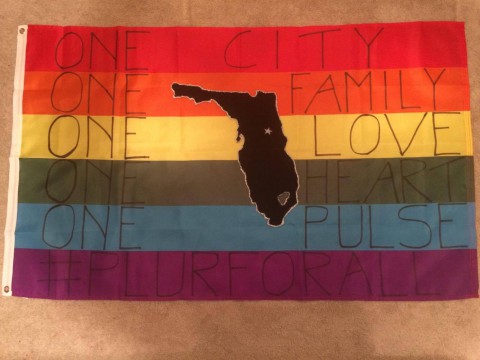 Arissa Montigny contributed the “one love” phrase to the original paintings, but it’s mind blowing that a painting I put together in 45 minutes, inspired someone to get a tattoo… It’s now on someone’s body, forever. 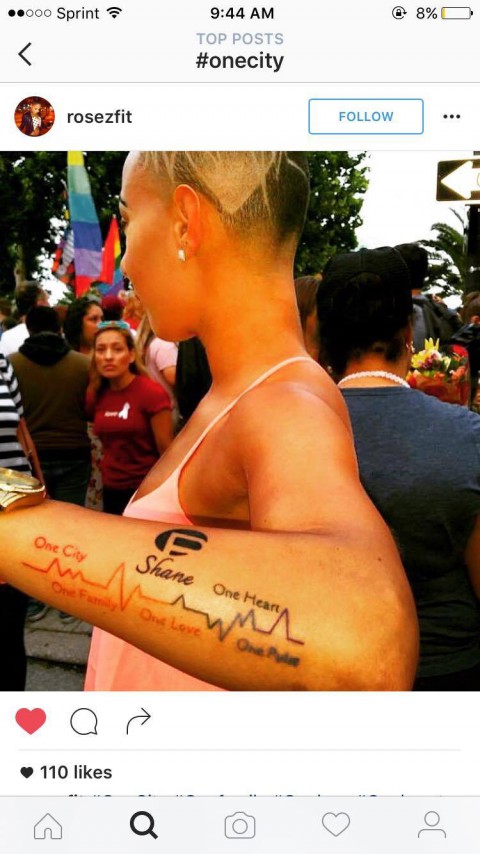 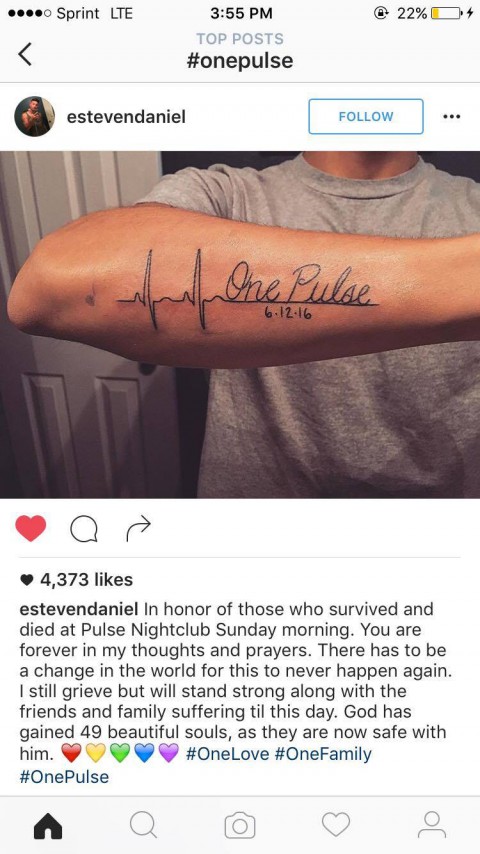 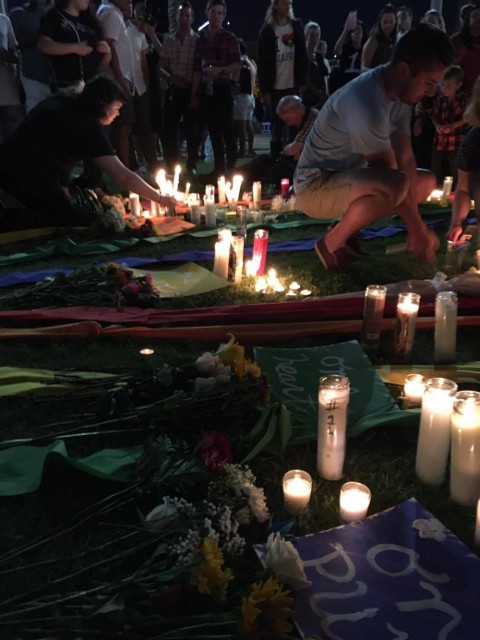 I’m honored that you are including this in your blog/article. It was such an honest artistic moment and has touched many lives. So moving forward it’s important that it’s remembered, forever.

The original content of this post was about the negative felt impacts of a traumatic event, but I really appreciated the questions Aisha Shillingford posed in her post about the shooting, Love and Liberation: “What do we do to balance or counter the forces of fear that are currently at play? To put it in Star Wars terms, ‘how can we strengthen the force on the light side to provide at least a counterbalance to the dark side’s cranking up of hatred, homophobia, islamophobia, etc.?'”

In some very significant ways, I believe that art like Charlie’s has the potential to literally weave us together. In the case of the person who got the tattoo, it is an actual physical manifestation of the weaving. If that’s not a beautiful symbolization of the interrelated nature of reality and counterbalancing darkness with light, I don’t know it is. There is always more to do, but it must start somewhere.

Charlie Schaeffer, the artist, prefers to be texted (8502949587) upon first contact, but his email address is Charlie.schaeffer11@gmail.com.