The book is in part retrospective, looking at the history of “the evolutionary perspective” that shook up perceptions of “a fixed world” when it suggested that creation is not static, but ever-changing.  This realization is still making waves and sinking in. Phipps writes – “As the fog of fixity lifts, we are finding ourselves much more than observers and witnesses to life’s unfolding drama.” In other words, the view of an evolving world is associated with a sense of movement, possibility, engagement, and response-ability (an ability to respond). END_OF_DOCUMENT_TOKEN_TO_BE_REPLACED 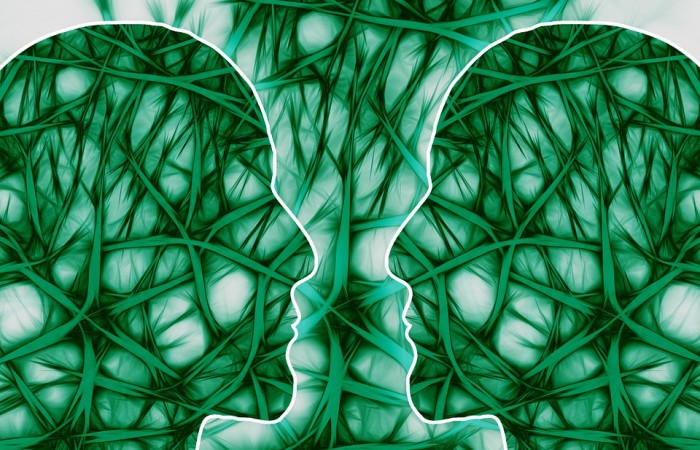 In my conversations with the Research Alliance for Regenerative Economics, we have been developing a list of design principles for and indicators of the human factors in healthy (regenerative) networks. Here is a working list of 12 and readers are invited to offer adjustments, additions, and comments: END_OF_DOCUMENT_TOKEN_TO_BE_REPLACED

END_OF_DOCUMENT_TOKEN_TO_BE_REPLACED 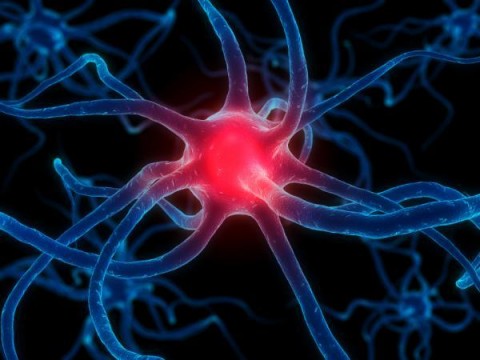 In recent work with a couple of different leadership development programs, I shared a few stories about organizations that failed to recognize the value of informal networks within and beyond their formal boundaries by choosing to see themselves primarily through the lens of the “org chart” and fixed roles/job descriptions (what I sometimes call the “stay in your lane” approach).  In these cases what was lost was the ability to access greater organizational potential and intelligence.  If we think of organizations as living entities, then our connections within and beyond those cellular walls might be thought of as vital nerves or sensors.  When we fail to acknowledge or even cut these connections within, which often represent the pathways through which work actually gets done, we may stymie or destroy critical flows and functioning.  And when we fail to see and leverage how people in all roles are connected beyond the organization, then we reduce not only the potential contribution of each individual, but the overall surface area of the organization that might otherwise attune it and help it to respond to larger systemic opportunities or threats.  Which is why increasingly people are seeing mechanistic and fixed organizational roles as “irresponsible” – they do not allow people, individually and collectively, to effectively respond to circumstances and activate around that about which they care most.  So the invitation is to think and act more like a living network.  What are you doing to build greater sensitivity and surface area in your organization or change effort?

There is growing awareness that current organizational structures can breed irresponsibility.  That is, arrangements are created where people are less able to be responsive in helpful ways.  This happens, for example, when accountability is bottlenecked in hierarchies and decision-making is distanced from where the action is most timely and relevant. END_OF_DOCUMENT_TOKEN_TO_BE_REPLACED 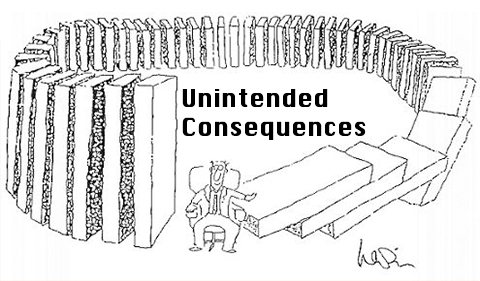 On the other hand, it was also reported that this spells a real challenge for the “emergency food” world and food banks, which have been largely dependent upon excess food to provide for the growing number of people who are food insecure.   END_OF_DOCUMENT_TOKEN_TO_BE_REPLACED

END_OF_DOCUMENT_TOKEN_TO_BE_REPLACED

In an essay that I continue to revisit, the poet/essayist/novelist/farmer/ conservationist and champion of overall sanity, Wendell Berry, talks about what he calls “the turn towards affection.”  Having spent many years reflecting on and pushing back against the unfortunate demonstrated human tendency to despoil landscapes and “the other,” he takes a strong stand for both deep rooted connection and . . . imagination: END_OF_DOCUMENT_TOKEN_TO_BE_REPLACED

Ten thoughts, in no particular order, nor meant to be exhaustive: END_OF_DOCUMENT_TOKEN_TO_BE_REPLACED 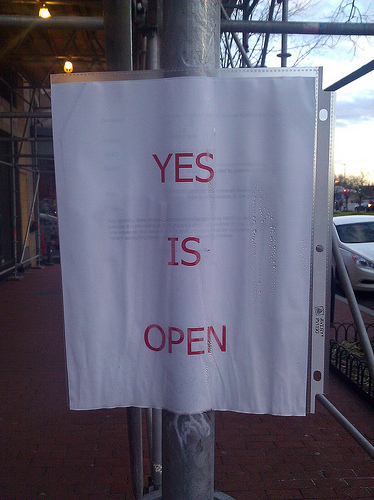 Sometimes people call openness in group process and social engagement “disorganized” or “unstructured.”  I find this to be a misperception and, frankly, unhelpful.  Openness is differently organized and structured.  It is different from many of the talking-at, entertainment-oriented, consumer-creating, and being-numbing settings to which we have grown accustomed.

Openness can certainly create discomfort, in part because it calls on us to step up and reach out, not hunker down and hide.  It asks us to take responsibility and consider questions like, “What do I value?”  “How do I want to contribute?”  “What can we create here?”  Openness is opportunity if we choose to act, knowing that through the perceived risk and any felt discomfort lies greater purpose, meaning and vitality. 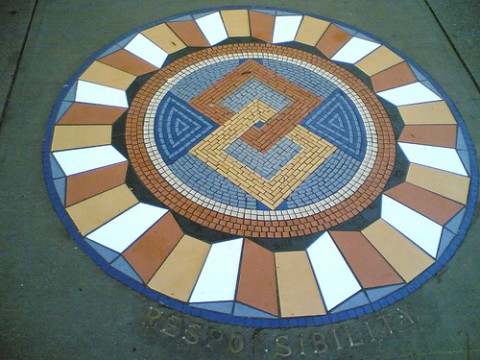 Some very compelling points are made by Carol Sanford stemming from her work with “responsible businesses” about the importance of how people understand accountability.  She cites pscyhological research that suggests that having a sense of personal responsibility for outcomes (or an “internal locus of control”), whether those outcomes are good or bad, equates with higher degrees of happiness, health, and creativity.  The converse occurs when people attribute success and failure to outside forces.  “Only when people are accountable for their own decisions can they develop the rigor and discipline called for in high-quality decision making,” Sanford writes. END_OF_DOCUMENT_TOKEN_TO_BE_REPLACED