The article was published last week under the title “Equity as Common Cause,” co-authored by El Farrell, Tom Kelly and Joanne Burke of the UNH Sustainability Institute (the convenor of FSNE), Karen Spiller of KAS Consulting and the Albert Schweitzer Fellowship (Karen is lead FSNE Ambassador) and myself, as network facilitator, with input and voices of many others, including Connecticut Senator Marilyn Moore, Julius Kolawole of the African Alliance of Rhode Island and Niaz Dorry of North Atlantic Marine Alliance.

“What I appreciate the most . . . is that a person of color is not the only one challenging, questioning, and leading the conversation on racial equity.”

In our writing and reflections, we started from the recognition that the mainstream U.S. food movement is frequently and often rightfully accused of being an elitist movement, fueled by and for the benefit of privileged white people. FSNE was launched in 2010 primarily by privileged white people, and in 2013 it formalized a commitment to racial equity and food justice. This commitment stemmed, in part, from seeing the presenting problem of food systems not simply as one of fragmentation requiring “network building” but systemic disempowerment and marginalization with democratic empowerment and collaborative solidarity as solutions.

We go on to tell the story of various “network innovations” FSNE was implemented for equity and inclusion, including:

It also focuses on how individuals and organizations have been changed by this commitment — deepening the significance of authentic relationships, of moral and ethical courage, and inspiring the fortitude to engage more fully in structural and cultural change.

Below is an excerpt from our piece:

On the othering side of the story, power dynamics, white privilege, culturally embedded exclusion, and de facto silencing characterized the early formation of FSNE. The belonging part of the story illustrates how a predominantly white network began to face its othering issues and begin a commitment to racial equity.

FSNE’s evolution, grounded in a commitment to sustainability as articulated by the network’s conveners at the University of New Hampshire’s Sustainability Institute (UNHSI), is rooted in ethics and cultural values. Along the way, this commitment has consistently provided an alternative to the dominant orientation that isolates food from questions of racial equity, social justice, and many other critical values, and continually reinforced a systems perspective emphasizing wholeness, connectivity, and interdependence.

The unspoken othering part of our story speaks to the pernicious invisibility of systemic racism, even when it’s in plain sight. Prevailing viewpoints tended to view food and race and ethnicity (henceforth referred to as race) as separate phenomena to be considered discretely.

From this perspective, it was assumed that a network focused on food should be just that: focused on food while leaving questions of race to others. This view is not confined to academic researchers but is largely embraced by the philanthropic, business, and public sectors and defines focus, rigor, impact, and common sense practicality. Yet this separation is misguided, as apparent in lived experience and in data that show how tightly woven issues of food and race really are.

As a regional food systems network, the mission of FSNE states that it “supports a sustainable New England food system in order to provide healthy food for all, racial equity, sustainable farming and fishing, and thriving communities.”

While the explicit focus of the FSNE network is food, it sees its work implicitly as a cultural project, one aimed at transforming social norms to orient practices toward a sustainable regional food system.

The rest of the article can be found here. We welcome any feedback.

“The nonnegotiable commitment made by FSNE to racial equity and food justice was a critical and bold declaration for our network. That, along with the intentional weaving and linking of the long-standing and vibrant activism deeply rooted in our communities around food and race with our regional food system work, has been food for my soul!” 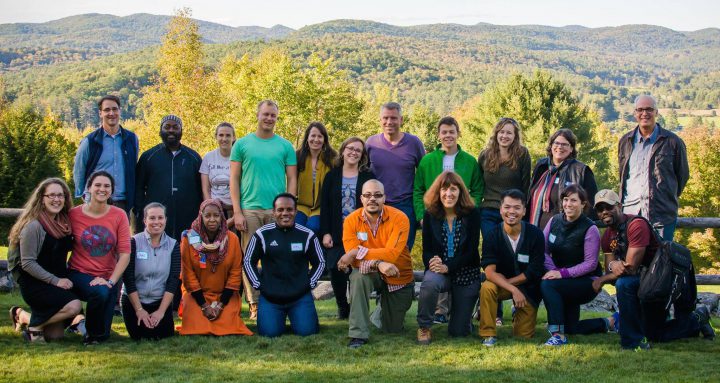