If you want to include equity concerns in your long-range planning, your process might be as important as your results.

That’s what the Rhode Island Office of Statewide Planning discovered when it incorporated equity goals into its two-year plan for the first time.

Rhode Island is one of many states whose laws require comprehensive plans for areas such as housing and economic development. Detailed planning also is required to win grants, such as the U.S. Department of Housing and Urban Development grant that funded the plan. But equity was a new requirement, and one that didn’t readily fit in with the usual way of doing things.

At the 2015 Growing Sustainable Communities Conference held recently in Dubuque, Nathan Kelly, a consultant with Horsley Witten Group, and Cynthia Silva Parker with the Interaction Institute for Social Change, described some of the successes, insights and unexpected pitfalls of the planning process, which began in 2013 and is still in development.

“To apply for a grant, to create a request for proposals, to hire consultants, to set timelines, to put all of your ducks in a row and then say, ‘Oh, by the way, we’re going to try to address social equity,’ it’s like trying to put a sweater on an octopus,” Kelly said.

What is equity? In the simplest terms, it means fairness, which is not necessarily the same thing as equality.

One difficulty in including equity goals in planning is that the people who need them most can be hard to involve. Traditionally, planners involve stakeholders by inviting them to public meetings and asking them to read and comment on plans. This can be a time-consuming process, and people who work multiple jobs and lack transportation and child-care options are unlikely to show up at the library for a three-hour meeting.

And even if they’re able to offer their time, they may not be willing.

“Trust is the No. 1 thing, ‘Why are you asking, and will it make a difference,’” Parker said. “When we got started, there was a bit of interesting community jargon: ‘Planning Fatigue.’ People were tired of being asked to come to meetings, asked to share their vision, asked to draw another picture of a beautiful community, and then nothing is going to happen, or it’s going to take 15 years and they’re going to say, ‘We don’t even remember that we were part of that.’”

Once these unheard voices are brought into the process, there can be one more difficulty: getting the more privileged participants to hear them.

The Rhode Island group put together a Social Equity Advisory Committee (SEAC) to guide the process and critique the suggestions from an equity point of view. To make sure discussions were open and useful, they began with 11 guidelines for discussion:

1. Safe place: Disagreement is fine, but harsh criticism can shut down conversation.

2. Anonymity: A meeting is a safe place to explore without worrying about what happens outside the meeting.

3. General interruption about oppression/teachable moments: It may be necessary to stop conversation briefly to explain to someone who has inadvertently said something offensive.

5. One microphone: No side conversations.

6. Everybody has a voice.

8. Use technology respectfully: Take cell phone conversations out of the room.

Racism in particular is a difficult topic to talk about, but it’s impossible to discuss equity without addressing it too.

“It’s important to think and talk about racism not principally on that micro level where we’re often tempted to think about it … but on the macro level,” Parker said. “How do we engage our institutional practices? Who is eligible for programs? What are the requirements for jobs? What are ways in which we inform contractors that contracts are available?”

Barriers can exist without anyone having bad intentions, and those barriers are often invisible to those in more privileged positions.

The committee had to work to bring the residents most affected into the process, to locate them and gain their trust, to educate them on the decisions that had to be made and the limits that surrounded them, and to give them time and space to talk.

But there was another level of education happening at the same time: making sure that members of the planning community understood what equity was and why it was important.

“Some of this is completely foreign to major decision-makers at the state, county and city level,” Kelly said. Committee members had to “develop that understanding that this is important, that it’s the right thing to do. I found myself saying, ‘When we’re writing plans, we’re supposed to be writing them for everybody, right?’”

Naturally there were disappointments along the way. Some communities were difficult to hear from and some suggestions were widely supported but not practical within the political reality of the state. One indication of success, though, was that parts of the finished plan were substantially different from what they would have been without the committee’s efforts. For instance, the final plan included a goal to “foster an inclusive economy that targets opportunity to typically underserved populations,” including not only marginalized races and classes but the homeless, the disabled and the formerly imprisoned. These guidelines, Kelly said, would probably not have existed if the plan had been developed through a more traditional process.

Another indication of success? Ironically, the ongoing tension of the process.

“There was a very interesting moment where the planners were getting pushed from this side by the equity committee and from the other side by the more traditional business concerns,” Parker said. “I thought, we must be doing something right if nobody’s happy with us.” 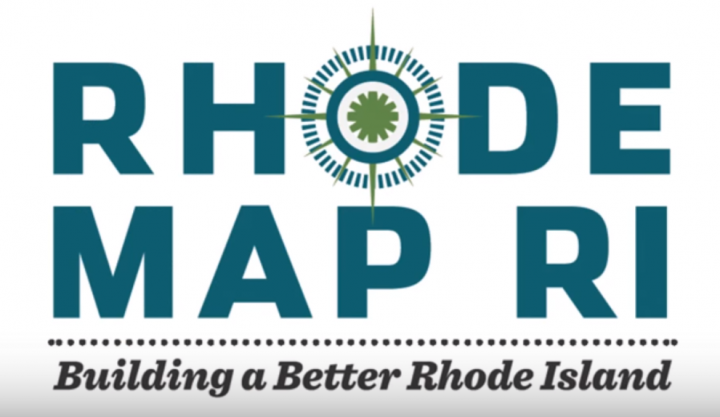