END_OF_DOCUMENT_TOKEN_TO_BE_REPLACED

What does it really take to catalyze diverse groups of people, within organizations or across sectors, to build trust, take action, and work together to achieve uncommon results? This is the question driving a panel hosted by Stanford Social Innovation Review on “The Network Leader.” The panel will take place on Tuesday, March 22 at 2PM EST.

IISC Senior Associate Curtis Ogden will reflect on the unfolding story of Food Solutions New England, a network he has been involved with for about five years.

“We are seeing people drawn to the network because of this commitment to justice and authenticity,” says Ogden. “We are seeing other organizations take up internal work around power and privilege. This network is more impactful because it sees more fully and clearly what is going on and what must be done.”

END_OF_DOCUMENT_TOKEN_TO_BE_REPLACED

How can you develop facilitation that matters? 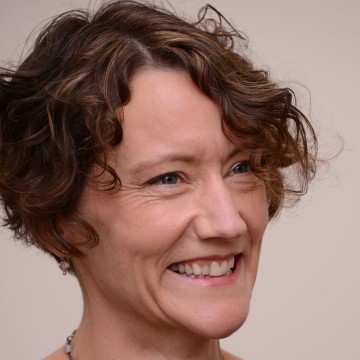 This article was published in the winter 2015 edition of effect – Effective Philanthropy by the European Foundation Centre.

As we consider the changing socio-economic context in Europe and further afield, as the complexity of multi-faceted issues becomes ever more apparent and foundations try to figure out what to do to make change happen, one thing is certain. Conversations need to be started, understanding needs to be reached, agreements need to be built. This is where facilitation comes in. Facilitation creates the kind of safe spaces for people to discuss the most difficult and controversial issues. Our local work in Northern Ireland is a reminder of the need to engage in building peace and nurturing shared societies at local levels, group by group, community by community. At the core of this work is creating the conditions whereby people can begin to hear each other and be, to quote J P Lederach, ‘paradoxically curious’. Curious about each other, about how we see the world and about what drives us to hold – and defend – the positions we adopt. 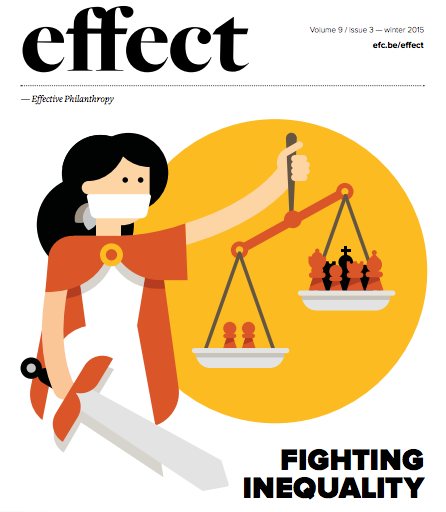 END_OF_DOCUMENT_TOKEN_TO_BE_REPLACED

An Octoroon Panel on Race and Representation

Boston is abuzz with the Company One (C1) and Arts Emerson presentation of An Octoroon, the “hottest play from 1859” which has returned to the stage, coming off a sold-out NYC run. Since the play first came out over 150 years ago slavery in the US was abolished, yet audiences today can clearly see how many racial injustice and equity issues remain the same.

The event was recorded:

END_OF_DOCUMENT_TOKEN_TO_BE_REPLACED 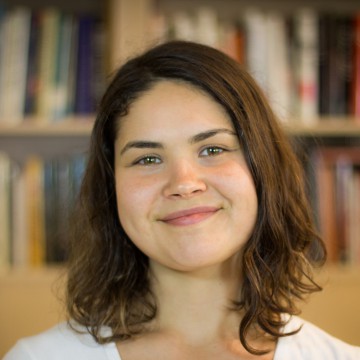 How can democracy result in an equitable, sustainable society?

People’s participation in our democracy is hindered by unequal access and structures that are hard to navigate. In Big Democracy the public sets the agenda, society designs solutions for those most in need, and institutions are directly accountable to the public.

IISC presents a new animation which explores Big Democracy from multiple vantage points. There is a mayor, firm in her belief that people know exactly what they need to solve the problems of today. There are newly engaged residents, reluctant to trust that their participation will result in changes. And there are people, moving through the city, experiencing the triumphs and failures of the system.

END_OF_DOCUMENT_TOKEN_TO_BE_REPLACED

Democracy from the Margins

“We can create a public that includes us all, and together bring in a new form of democracy.” -Ceasar McDowell #BigDemocracy

IISC President Ceasar McDowell brought Big Democracy to TEDx Indiana University on November 13, 2015. The talk explores how disconnections in narrative, communications, and design stand in the way of democracy and what today’s global social movements are doing to repair these connections. McDowell articulates that we are in a new era called Big Democracy, one which can hold the diversity and complexity of people in the world.

McDowell calls on the audience of 4,000 to begin the change today by practicing a micro-inclusion, or small way to show someone “you’re included, I can see you’re there.”

The talk closed a powerful evening of speakers around the theme “Eyes on the Stars, Feet on the Ground.” Thanks to everyone at TEDx Indiana University for the invitation to speak and for an incredibly well-produced event.

END_OF_DOCUMENT_TOKEN_TO_BE_REPLACED

The Work of Community Reflection

The Ikeda Center Podcast is releasing an interview series with Ceasar McDowell.

In the first of this three part interview with Dr. Ceasar McDowell, he describes the central focus of his work in the development of community knowledge systems and civic engagement.  He also shares some examples of how that focus has manifested.  In his words, “I can boil it down to one thing. My work, my research interests, my life, is about voice. And particularly how people—and specifically the people who are at the margins of society–are able to both name their experience in the world, have that naming be recognized, and also open themselves up to the experience of others.” 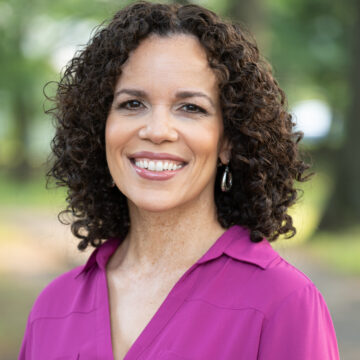 Today community activists, designers, planners, and public officials convene for a day-long event, Design, Development, and Democracy. They are called to imagine connected, democratically-driven design and development processes that can expand and deepen our democracy.

“It is important that we recognize city planning decisions as democracy opportunities,” said IISC President, Ceasar McDowell. “These decisions are not now, and never have been, separate from political matters.”

That is why IISC has joined with Sasaki Associates, MIT’s Dept. of Urban Studies and Planning, the Boston Society of Architects, and Harvard University Graduate school of Design to host Design, Development, and Democracy (DDD) at the Bruce C. Bolling building in Roxbury. 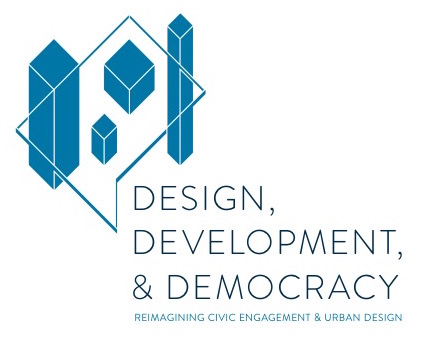 END_OF_DOCUMENT_TOKEN_TO_BE_REPLACED

IISC is honored to have been a finalist in the bid for Imagine Boston 2030, the first city-wide plan in 50 years. The RFP was inspired by public engagement efforts already underway, including Mayor Walsh and the Boston Transportation Department’s Go Boston 2030 initiative, for which IISC is leading the way to new standards of participation.

IISC submitted a proposal to bring these methods to Imagine Boston 2030 with Sasaki Associates and Inkhouse, emphasizing the importance of both design and democracy for a unified, bold future vision. We call this Big Democracy, or building new infrastructure for people to participate in city-wide decisions and increasing the capacity of leaders to harness public feedback. This missing infrastructure for democratic decision-making will change how cities develop in the 21st century, inspiring investment by people in the place where they live.

Highlights of our proposal include an emphasis on equity and tapping already existing networks for participation. For city-wide engagement to take hold, all feedback must be considered expert feedback, whether from lived or professional experience.  Efforts must also directly address complicated racial dynamics in productive, direct, and honest ways. We know that public engagement must be fun to overcome planning fatigue and bring out unusual participants.

Mike Ross celebrated Go Boston 2030’s creative thinking and public input in the Boston Globe, noting: “Gone are the days when a city engineer slapped a traffic counter on a road and made infrastructure decisions that would affect several generations of residents.”

Imagine Boston 2030 signals a new era of public engagement in the city. We applaud the Boston Redevelopment Authority (BRA) and Mayor Walsh for leading this two-year process. This will have major consequence for everyone who lives, works or plays in the city and we encourage all partners to join us in supporting this effort.

Go Boston 2030 spent the fall and winter collecting over 5000 questions from residents, workers and visitors across the city about getting around Boston in the future.  Now these questions will be turned into a public vision at the two-day event. END_OF_DOCUMENT_TOKEN_TO_BE_REPLACED