So I’ve been scouring Lederach’s writings, and there is a lot that resonates. Lederach was recently featured on a powerful program of On Being with actress and activist America Ferrera (no doubt another reason he has been on my mind). There is much to say about The Moral Imagination, but for now I am offering some passages and quotes that struck a chord and I’m curious to hear what reactions those reading have … END_OF_DOCUMENT_TOKEN_TO_BE_REPLACED

While in some ways understandable (few of us probably like the idea of collapse and chaos), actions taken to preserve a certain kind of order and direction (not to mention power and privilege) can be particularly perverse when they reinforce the very patterns that are leading us down the road to collective ruin. And what more people are beginning to sense is that many social, economic and political patterns that have been established and gotten us to where we are must change for the sake of long-term survival and thriving. END_OF_DOCUMENT_TOKEN_TO_BE_REPLACED

END_OF_DOCUMENT_TOKEN_TO_BE_REPLACED 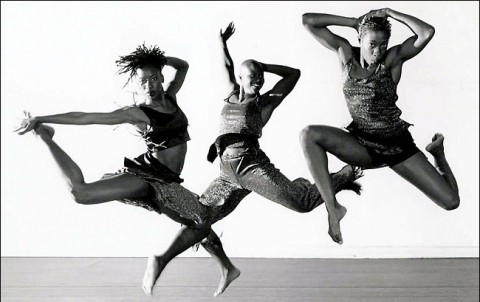 Sometimes you fall in love with a client.  There is a sweet spot where your own heart’s purpose is fully aligned with what your client is trying to do in the world.  In that sweet spot they are no longer really a client – you become true partners.

I’ve just wrapped up the contracted part of our work with Urban Bush Women, but I’m certain that ours is a partnership that will continue.

END_OF_DOCUMENT_TOKEN_TO_BE_REPLACED

Is it ok to brag about one’s clients?  It better be!  I’m so proud that I have done work with Community Music Works!  The front page of today’s Boston Globe highlights the power of letting music go free.  Our First Lady just bestowed the National Arts and Humanities Youth Programs Award to Community Music Works, just a month after its founding director, Sebastian Ruth was awarded the McArthur Genius Award!

I’ve been doing more and more work with arts organizations lately – events like Creative Change and groups like the Arts and Democracy Project.  I’ve been seriously considering the role of the arts in our quest for social transformation, and I have to agree with my future wife, Samantha Tan, who is an artist herself – “We’ve exhausted out left-brain approach, linearity found its limits and the problems that we face are now calling on our full self, art is the way.”

Tomorrow’s post is about Creative Change, the retreat I just facilitated in Santa Fe – the intersection of arts and social justice. With that in mind, and in solidarity with working people who are celebrating Labor Day, I thought it would be good to share the following video clip – an excellent example of creativity for social change:

I know I’m coming late to the party, but I saw the Vagina Monologues for the first time this weekend and I was blown away by it.  Rather than writing yet another raving review of what evidently is a deeply moving work of art, I want to make a comment on the movement that it has unleashed.

I saw the play as produced by MIT undergraduate students who did it in concert with thousands of others around the world – I think it most appropriate to let V-Day speak for itself: END_OF_DOCUMENT_TOKEN_TO_BE_REPLACED

I’m struck by the thought that so much of the intentional beauty that I witnessed emerged out of social movements, intentional social projects – they were proposals for looking at the world, for ways of being in it.  Paris seems to have evolved through multiple story lines about its destiny and its place in humanity.  The shift from the art of the Louvre to the modern art of the Pompidou, and the biographical development of Van Gogh’s art all make movement very obvious.  We can see the developmental shifts, the exploration, the experimentation and the provocation, the passionate search for meaning or definition, the eternal question. END_OF_DOCUMENT_TOKEN_TO_BE_REPLACED